What is Intimacy?  Intimacy generally refers to the feeling of being in a close personal association or belonging together.  It is a familiar and very close affective connection with another as a result of a bond  that is formed through knowledge and experience of the other.  Genuine intimacy in human relationships requires dialogue, transparency, vulnerability and reciprocity.  Immediately when people hear the word intimate they think of sex.  However, we are going to elevate our minds and discuss a higher level of Intimacy.

Intimacy can be achieved and maintained in a relationship “without” sex!  The highest level of intimacy is connecting with another mentally and spiritually without sex.  Problem is most people never get that far to experience it because they ruined it by jumping in the bed too soon! I have discussed in earlier post that my husband and I “waited ” before we got married. It was the best thing!Being in the will of God is always best. I was at a place in my life where I really wanted to things right! As a strong Christian man being the leader that my husband is,he said early on in the relationship ‘ look, this is what we’re going to do” . That’s ultimately how I knew he was the one! because he was willing to wait for me. He showed me he was different from the other guys.

He said that I was different from any other woman he had met. My husband said I’m not looking to “rent” I’m looking to buy! Can I get AMEN!   An intimate relationship is an interpersonal relationship that involves emotional and or physical intimacy.  Physical intimacy is characterized by platonic love, friendship, romantic love, or sexual activity.  Emotional intimacy develops after a certain level of trust has been reached, and personal bonds established.  Intimate conversations become the basis for “confidences” (secret knowledge), that bind people together.

But first we must start at the beginning, “To thou own self be true”.  You must have an intimate relationship with God.  You must know who you are.  You must know who’s you are.  Choose thee this day whom you serve.  You cannot serve two masters.  Seek ye first the kingdom of God and His righteousness and all these things shall be added.  Do the hard work on yourself to be ready to receive what God has for you.  Pray “Search me oh God and know my heart” Psalms 149:23.  That means search my soul, fix what needs fixing, correct in me what needs correcting.  So relationship with God, good relationship with self, and then a good relationship with another.  You’ve got to be different than the other girls, it’s your “difference” that makes you special, makes you a “Wife”.

But in order to get the good Christian man God has for you, you’ve got to get rid of the old.  God won’t put new wine in old wine skins.  He is doing a new thing but you won’t be able to recognize the new thing if you’re stuck.  Stuck in that old mentality that old way of thinking.  To get what you’ve never had you have to do something you’ve never done.  I had such a big problem with establishing intimacy before God touched my life.  I had a problem with trusting people so as a result I didn’t let anyone in.  I had to learn what it takes to achieve true intimacy and I did.  Keep in mind it can only be achieved with a like minded individual and since this is next level thinking it’s going to take a special person, but it’s worth it.

So when people can walk away from you, “Let Them Walk!”  Don’t try to talk another into staying with you, loving you, “Let them Walk”.  Because destiny is never tied to anyone who has left!  The right person will stay.  I want you to always remember that and this is not relegated to “just relationships”.  You don’t need everyone liking you just the right person!  Proverbs 21:1 “The king’s heart is in the hands of the Lord and as the rivers of water He turneth whatsoever He will.”

5 Ways to Build and Maintain Intimacy

“As a man thinketh so is he” Proverbs 3:27.  You must be, believe, think, and carry yourself as a high value woman.  Challenge yourself, challenge him!!!  Commit to never again, sleep with a man again unless and until he marries you.  Living in the times we do this idea is not popular.  The media is saturated with sex and debauchery and it’s only going to get worse.  The world will get crazier and crazier the Bible says so.  But you as a Christian woman must hold fast to your faith.  God blesses good decisions!!!  Could it be that you should stop giving all the wrong men time and attention, and clear the way for the right man that God has for you.
The law of attraction says whatever you’re seeking is seeking you. That good Christian man is looking for you too.  He’s looking for a good Christian woman to make her his wife.  The Bible says “He that findeth a wife findeth a good thing!” ( Amen).  That means she’s wife material when he finds her.  This man will respect that you have standards!  You will challenge him and cause him to step up to the plate.  If there is no challenge there will be no interest!!!  Or short term interest at best.  Boy meets girl, girl sleeps with boy, GAME OVER.  Men like challenge!!  They actually thrive on it!!  And it builds him and makes him more of a man.  Look at their recreational activities: Sports, video games, computers.  Those things provide challenge, they love games.  There’s no challenge in you handing over the goods.  When you say NO it’s game on now.  Make him work for it.  This is what tells him you’re the one.

Concentrate on getting to know this person – the goal when you meet someone new is to try and get to know them as best you can. And try to decide is this someone you would like to spend time with further?  When we meet someone new we start a connection!  Keep that going!  Let the relationship grow or not grow out of connection.  When you have sex you break the connection.  He’s ready to go on to the next conquest.  You must break that cycle or you’re doomed to repeat it.

Don’t be too needy – Men have a nose for that kind of thing.  A woman who’s doing her own thing and has her own life is very attractive to a man.  I heard a handsome celebrity man say in an interview that he saw two attractive women in the airport.  The first one he said, “she was trying too hard”.  Maybe she was winking at him, smiling too hard, I don’t know but he wasn’t feeling it even though he thought she was pretty.  The second one he said was the one who drew him in because she wasn’t even looking at him, she was doing her own thing.  He was checking her out.  Play it cool and let him come to you!!  Let HIM be the man in every aspect, let him make the advances, let him pick you up, let him pay for dates .

Stop letting men move in with you – I learned from a pastor to Never commit to, or marry a man based on his potential.  For example: “one day he’s going to be a great business man”.  A man doesn’t have to be a rich man to be a good man that’s not what I’m saying.  As a man he should be stable!  Stable meaning, he should be working, have his own place and car.  Until a man establishes himself first he is unable to give of himself to a woman.  He has to establish who he is and what he does.  Living together a man gets all the benefits of marriage and none of the responsibility!!  That’s not a smart move for the woman.

Build Intimacy through: Honesty, transparency, communication, conversation, closeness, establishing a friendship.  You build true intimacy by not having sex.  Instead building a connection that will last a lifetime.  Stop robbing your tomorrow for short term gratification, which is essentially lust not love, there’s a big difference.  That’s what I want for every Christian woman out there, to experience true love.  Someone who accepts you for who you are and loves you anyway. 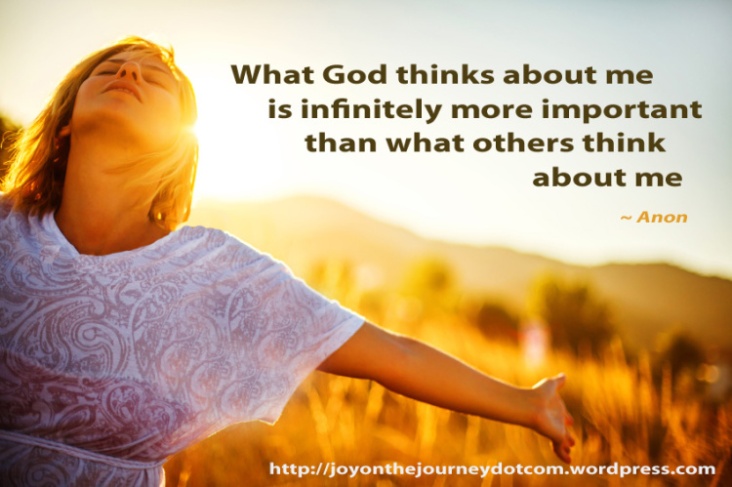 Featured Married Couple: Actress Meagan Goode and husband.  Universal Studio executive, and pastor Devon Franklin.  They are our featured couple of the month because they have lived it and experienced true intimacy by NOT having sex before marriage.  They’re both Christians and were just both at a place in their lives where they did not want to have sex again until they were married.  Now they have a healthy happy relationship that God has blessed and formed a lasting bond.  I’m so happy for them!  I like that they’ve been so open about waiting for sex and their journey.  It shows other women what God can do if you will do it his way!  They also wrote a book called, “The Wait”.  I was very inspired by their decision to write the book.  Though I have not yet read it, I plan to but it has inspired me to write another book with my husband as well.  So we have that to look forward to!  Good luck Meagan and Devon to God be the glory! 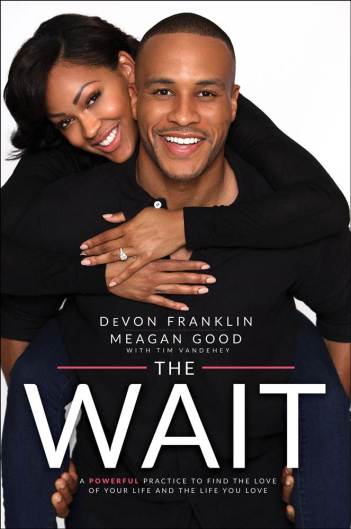 Verse of the day:

Hope you guys are having an awesome summer! I am too!  Getting a lot done.  It’s possible to be blessed and still have challenges.  Take heart that God is strengthening us in those difficult times, and we must press on!  To God be the Glory Forever!  You have a friend in California!

Click the picture to get your copy on Amazon today!